Book Review of “Silverview: A Novel” 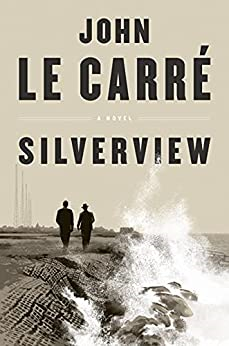 Will the last, posthumously-published spy novel of the renowned David John Moore Cornwell (1931-2020), who wrote as John le Carré, live up to his reputation?  If so, why did it remain written but unpublished until after his death?

Like many widely-acclaimed le Carré novels, Silverview is a tale of the British Secret Service, MI6, its peccadilloes, decline, penetration by insider spies and human weakness.  As a le Carré fan since the 1960’s, and a retired FBI counterspy, I delighted in the vintage execution of this novel, much as I did Leon Uris’ Trinity or John Grisham’s The Firm.  It’s the plot, characters and the artful details that attract.

In “Silverview,” her mansion in seaside East Anglia, Deborah Avon, a renowned MI6 analyst, an Arabist, lies dying.  She alerts MI6 that her husband Edward, an MI6 agent himself, is betraying Britain and the Service.  A young financial whiz, Julian Lawndsley, has abandoned a rich but corrupting London life to open a bookstore nearby.  Edward uses the naïve young man to send reports to Palestinian terrorists.  As Deborah dies, Julian falls in love with Deborah’s daughter Lily, a single mother.  Stewart Proctor, the MI6’s upper-class security man investigates, and out pours a river of sordid facts, proving the betrayal.  Will Edward the mole (a term le Carré coined) go to jail?

Le Carré’s son Nick, himself an author, promised to publish Silverview after his father’s death.  His immediate question was what to do with this well-worked manuscript, which his father mysteriously chose to withhold.  Nick asks, “Should I put eyebrows on the Mona Lisa?”  In Nick’s June 2021 afterword, he notes that the novel’s portrayal of the Service as a fragmented, ineffectual tribe too big for its britches may be what made his father wait.

Even for those not into the spy genre, le Carré offers more than most gifted novelists.  The picaresque, often amusing and insightful portrayal of the denizens of a vaunted, secret society will offer enough to satisfy most readers.  Unlike his Smiley trilogy, le Carré spares us the complexity and opacity of the old wilderness of mirrors.  His characters’ fates are as inevitable as being soaked by seaside storms, and we cannot wait to see what they do and say.  Silverview’s portrayals are well worth the experience.

Charlestown resident, Ed Appel, retired from the FBI, is also an author and teacher.  He will present an ELLIC program in the spring.