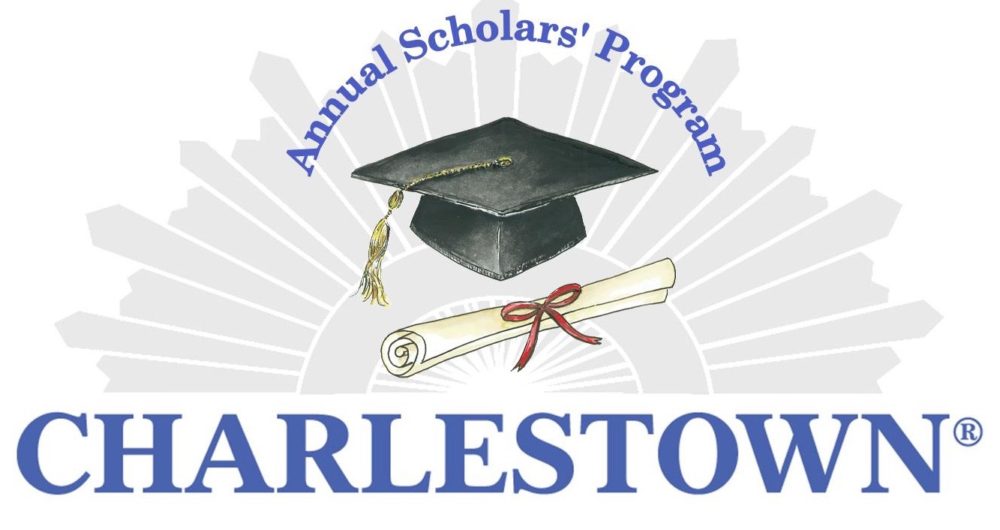 Congratulations and thank you, Charlestown residents! With your generous donations, we have exceeded our goal of $190,000 by raising $232,173 for the Charlestown Scholars’ Program, which provides academic financial assistance to eligible student-employees at Charlestown. Thirty-six new Scholars were each awarded $2,000 per year for college expenses at the Scholars’ Ceremony, which took place on Thursday evening, May 17. 2019 in the Auditorium.

This class of Scholars will join the current 121 Charlestown Scholars, some of whom will graduate this spring. We thank the residents who made a donation to the 31st Annual Scholars’ Fund Campaign, without whom we would not have been able to offer this opportunity to the student-employees who work so hard for us.

Along with the Charlestown scholarship, the Scholar candidates had an opportunity to apply for additional merit-based named scholarships. The following Scholars received these special awards: Arion Peterson, the Ruth Harden-Inglis Award; ($750), Rose Thornquist, the Andrew Murray Myers Scholarship ($2000); Christen Gibson, the Treasure Sale Award ($2000); Shawn Watson, the Committee Recognition Award ($500); Onyedika Onyemeziem, in conjunction with the Charlestown Scholars’ Committee and Towson University, the four-year Towson Scholarship ($6000); and Talha Meher and Asiah Taylor were presented with two-year CCBC Awards ($1000 each).

The committee is grateful to this year’s guest speaker, Feyisayo Omotoso, a former recipient of a Scholars’ award. Sayo began her career at Charlestown nine years ago in the Fireside Dining Room and developed her path to Communications Specialist. She graduated from UMBC in December 2017 and is currently working as a Human Resources Management System Analyst at the Erickson Corporate office.

If you were unable to attend the Scholars’ Ceremony last night, or if you just want to enjoy it again, the program will air on May 18 and May 19 on Channel 972. Tune in at 2 p.m. or 7 p.m. on each day to watch this year’s ceremony. The program will also be available for a month in the Community Videos area of MyErickson (after the Town Hall Meetings heading.)