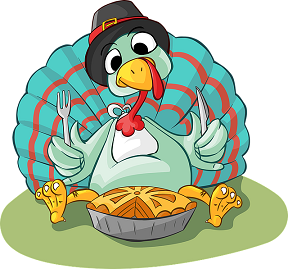 The Fitness Team invites you to join in the fun by participating in the 2019 Charlestown Pie Baking & Shelf Decorating Contests, as well as helping to feed others during the upcoming holiday season.

Event Details
11 AM: Guess who is dressed up in the Turkey Costume!
11:15 AM: Pie Contest Begins! (Prize awarded)
11:45 AM: Best-dressed shelf winner is announced! (Prize awarded) 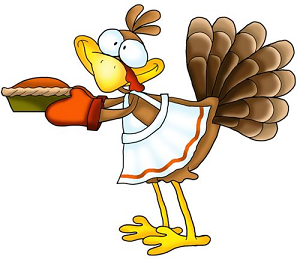 The Fitness Team invites you to join us for the 2018 Charlestown Pie Baking & Shelf Decorating Contests!

Here’s How to Participate:
Monetary donations: Come to the Fitness Center with a monetary donation from now until Nov. 16th. Donations will be used for $5.00 Giant Gift Cards for SWES & The Marian House.

Pie Baking Contest: You are invited to bake one Holiday Pie (any kind – savory or sweet) for the contest.. All who attend the contest (residents and staff) will get to taste each pie and vote for the pie they prefer. The pie with the most votes will be the winner.

Shelf Decorating Contest: We are encouraging as many residents as possible to decorate the shelf outside their apartments. Shelves will be judged on Tuesday, Nov. 13th to determine the Top 10 semi-finalists. The winner will be announced at the event on Nov. 16th.

Internationally known actors, directors, playwrights, will present Sam’s one-woman drama about Irene Lewis, famed Czech dancer imprisoned at beginning of WWII along with many other creative Jewish artists at Thereisenstadt, the holding camp for Auschwitz.

A TIME TO SPEAK is a remarkable story of endurance during the Holocaust, a tribute to an extraordinary survivor who never displayed rancor or censure.  The McCreadys will take this play to Belfast, N. Ireland’s famed Lyric Theatre (which Lewis and the McCreadys helped found)  in April, where tickets are already selling briskly.

The reviews of previous performances have been outstanding; all who have seen it have been so moved by Joan’s depiction.  The McCreadys divide their working year between their Baltimore home in Dickeyville, in Belfast, and HongKong; they are much in demand in each.

Earlier in his directorial career, Sam trained and directed such as the young Kevin Spacey and Liam Neeson, among other notables.  We feel so privileged that they have agreed to do a U.S. performance here in our auditorium. And that one week before the play, March 7, 2017 at 1:30 p.m., Sam has agreed to come here and give an illustrated lecture on his research on Thereisenstadt. He is also a well- known researcher and author and is a vibrant, fascinating lecturer.

And residents here, for the cost of their ELLIC membership will get both the lecture and the evening dramatic performance in March 14, 2017 at 7:00 p.m.

First seated are ELLIC  members who have registered for event. Next admitted are ELLIC members. Next are other Charlestown residents. Last are outsiders. This is is events pretty full with registrations as of February 23, 2017.

Usually there is room for all but people have been turned away. No tickets sold ahead of time.  For best chance, join ELLIC for $15 and and register and get in for no extra fee. Going to each event would cost you $10 each anyway if not members. Tickets will be over $30 when the play is shown in Belfast, Northern Ireland in May 2017.