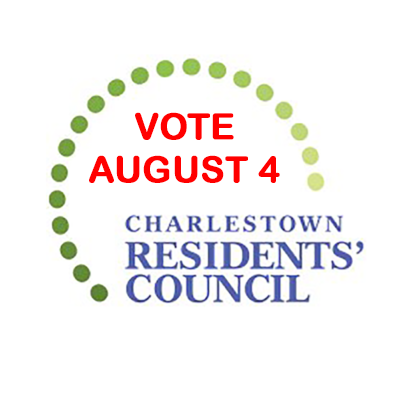 See Pictures and Biographies of Candidates Running for Election.
Click on the link to the whole document to download.

This packet contains important information about the annual election of seven new members of the Charlestown Residents’ Council to take office on Monday, August 9, 2021.

Photographs and bios of each of the candidates – Study them and decide which seven (7) candidates will receive your vote.

In addition to the information in this packet, there are several other ways to become acquainted with the candidates before you vote.

Name Badges – Each candidate will be wearing a red RC CANDIDATE ribbon on their name badge during the campaign. Introduce yourself and get to know them.

Channel 972 – Before you vote, watch the short videos of each of the candidates. They will be played during July on Channel 972. They will also be available on the Residents’ Council website with each candidate’s bio or on MyErickson.

Poster Boards with Pictures & Biographies – Posters will be available in July near the dining rooms where you will vote.

Election Process – Vote in person on August 4th at the election location for your building, or follow instructions for absentee balloting. The election results will be announced as soon as possible after August 4.